Adam & Amber in the Inca

Adam and Amber's wedding was stunning. Amognst friends, family and lots of greenery - being in the moment was the most special thing for the newlyweds. 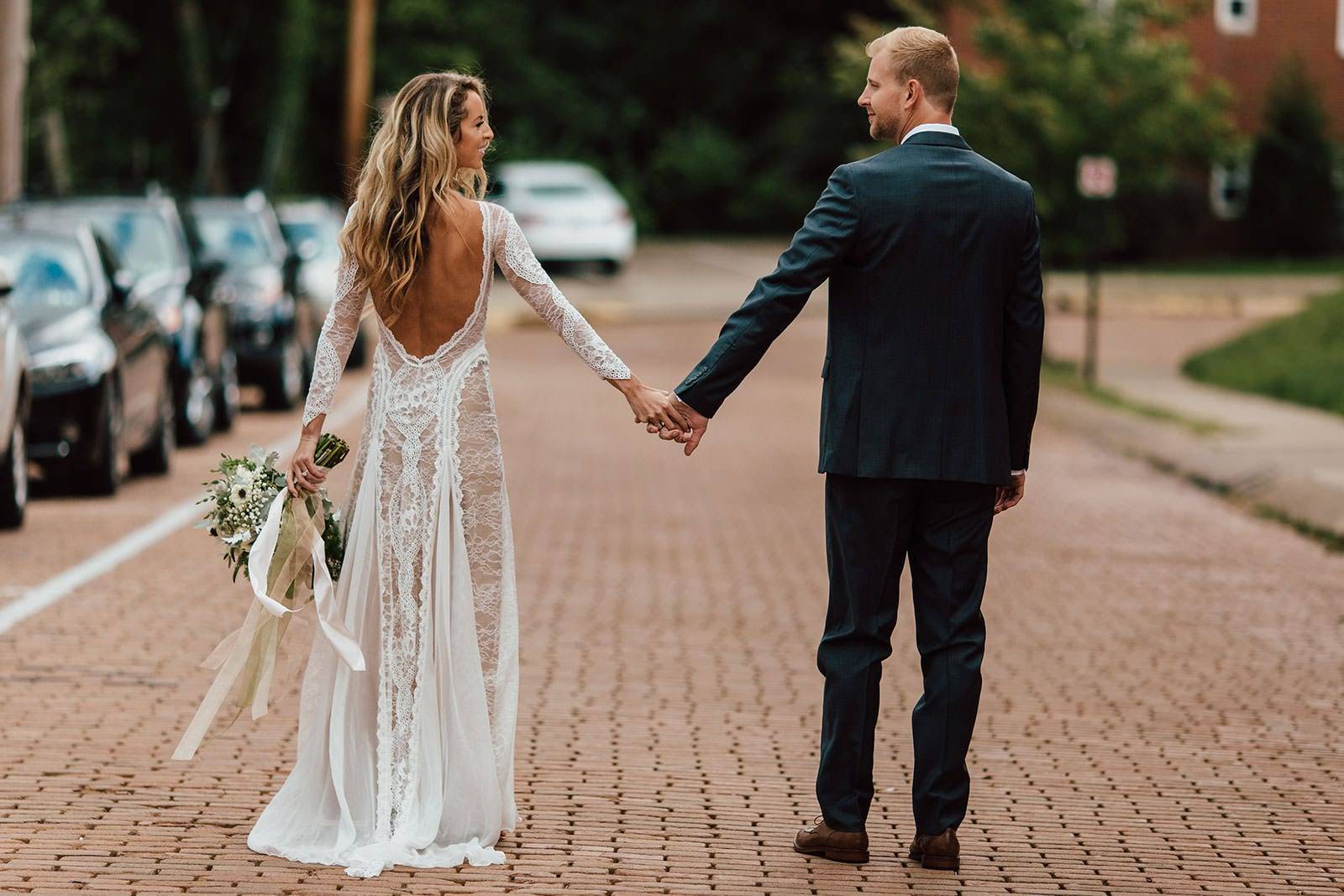 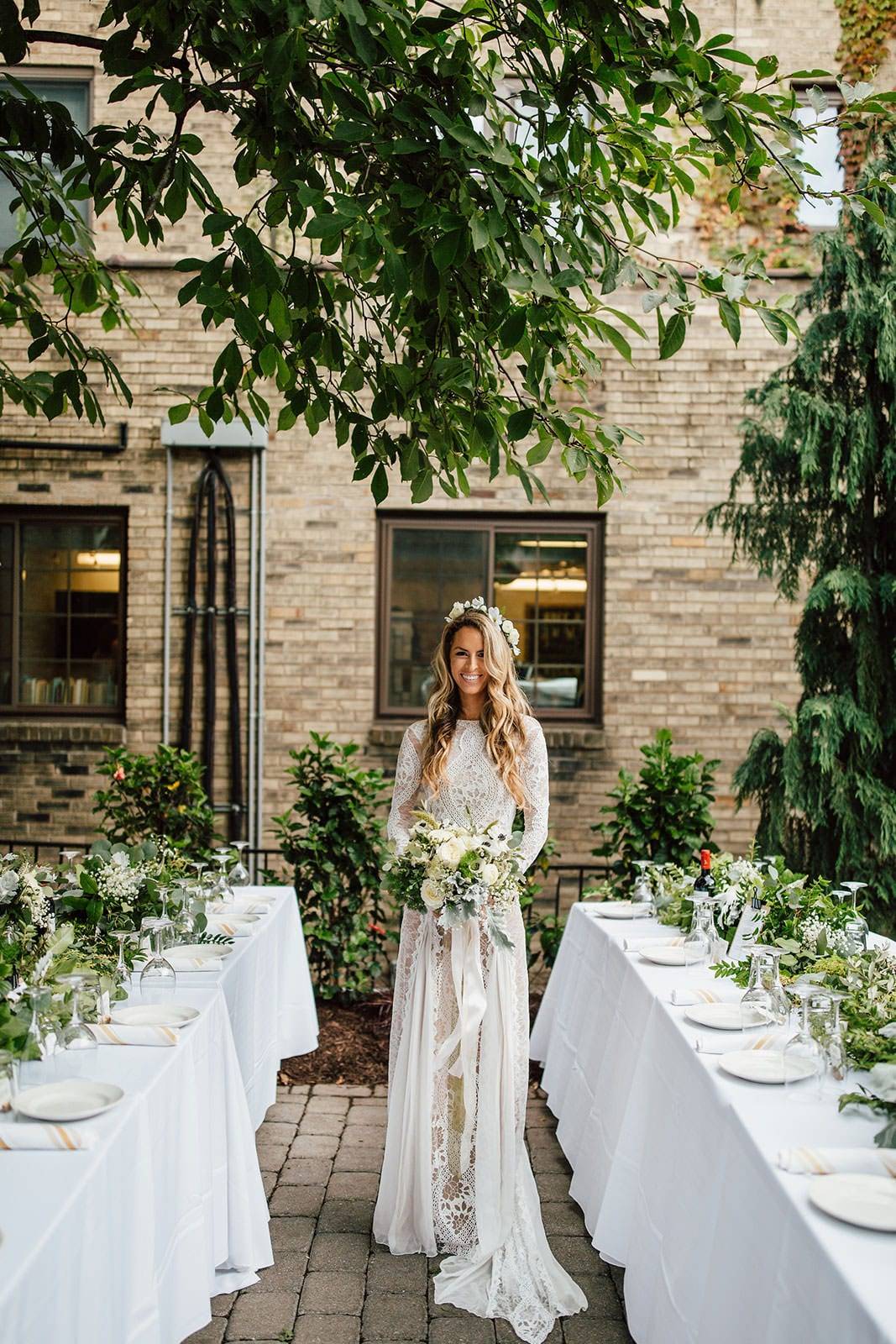 Which GRACE dress did you choose and how did you know it was ‘The One’?

Years ago, I stumbled upon the original Hollie gown on Pinterest. This was before the LA Showroom, and seemingly before the fanatical presence that is the Grace Loves Lace collection I know to be today, but rather just one iconic dress: The Hollie. Knowing I would have to travel across the globe to Australia in order to try the gown on in person, I scoured the internet for a local source of the dress. My best option came down to purchasing a used Hollie gown from sites like Preownedweddingdresses.com, just to try it on. I grew less and less enthused about that idea and figured I’d take the chance and just buy the dress directly online from Grace Loves Lace. but when it came the time, the Hollie was nowhere to be found. I can’t remember if the site said it was sold out or if there was just no trace of the Hollie altogether. In any case, I persisted. I reached out to the Grace Loves Lace Etsy account and was informed that the Hollie was indeed leaving the collection and that the Hollie 2.0 would be taking its place. I did love the Hollie 2.0 just as well but as it wasn’t ‘The One’ I had in mind for so long, I once again mulled it over. When I became certain that the GLL Hollie (2.0 this time) was ‘The One,’ I was absolutely delighted and astounded to find that an LA Showroom was opening in the US. At the very first chance I could, I booked an appointment and within the week or two following, I was on a plane from Chicago to LA. By that point, I had memorized the GLL collection and walked right in, immediately locating the Hollie 2.0, but also grabbing the Alexandra and Inca: two dresses I had also eyed up but never enough to waver my love for the Hollie. I quickly picked the dresses out and my GLL Stylist walked me to my dressing area. I was their last appointment of the day and was joined by my sister Lauren and best friend Jen, who obliged me in my somewhat impulsive and steadfastly determined cross country trip to LA. Meagan helped me into the Hollie 2.0. It was a dream come true but something kept nagging at me to try on the Inca waiting on the rack next to my other familiar choices. I don’t think it was until I touched the fabric of the Inca and held it that I realized how fond I had grown of the structure and timeless beauty of its lace sleeves and statement train. I quickly shuffled out of the Hollie 2.0 and on came the Inca. Game over. It was The One; we all knew it. I actually laughed at myself in this moment because for years it was the Hollie, a tunnel vision on the Hollie, and here I was, having just put it on, and choosing the Inca gown without the slightest hesitation or uncertainty. Meagan was so sweet and patient with me too. I really couldn’t believe that was that. I was getting measured and setting dates, etc within minutes. In addition to the Inca, I surprised myself in my affection for the Dosa heels, which were provided to me to try on with the dress. I ordered those as well. The angled shape of the toe was so unique and they were extremely comfortable. I picked the Hera anklet to accompany them online afterward. From there, I was in the hands of the customer service team (shout out to Hilary and Yana) who worked tirelessly to ensure my dress was made to measure and perfection. I really don’t know how I could have improved my experience with GLL in all of this. I always felt like a unique, supported customer to GLL, even back in the Etsy days where I’m sure I was one of a plethora of curious brides-to-be from around the globe trying to track down the last of the Hollie’s. Grace Loves Lace was truly a pleasure to work with and was probably the only dependably enjoyable part of my wedding planning! 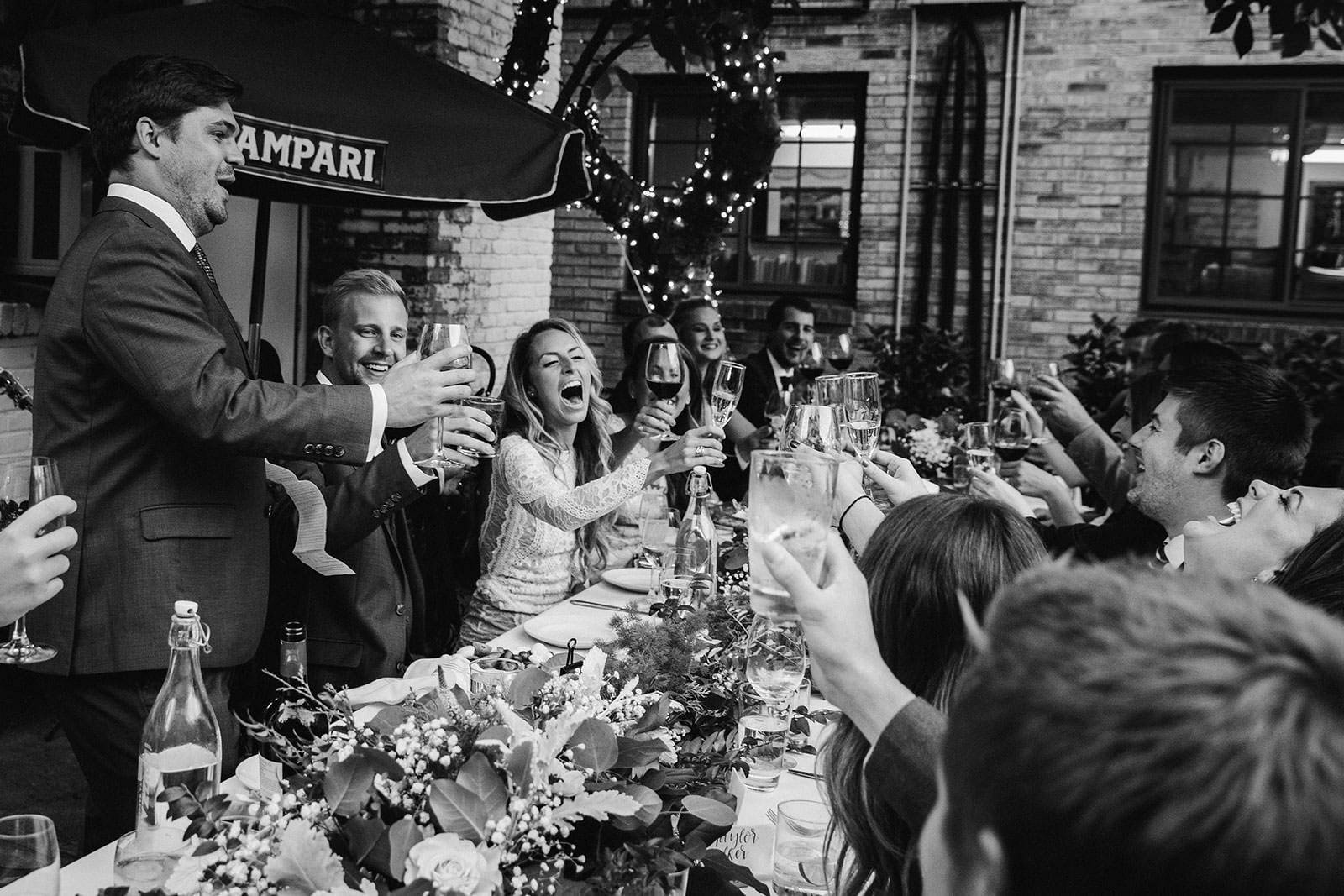 Having every moment feel intimate, natural and beautiful. 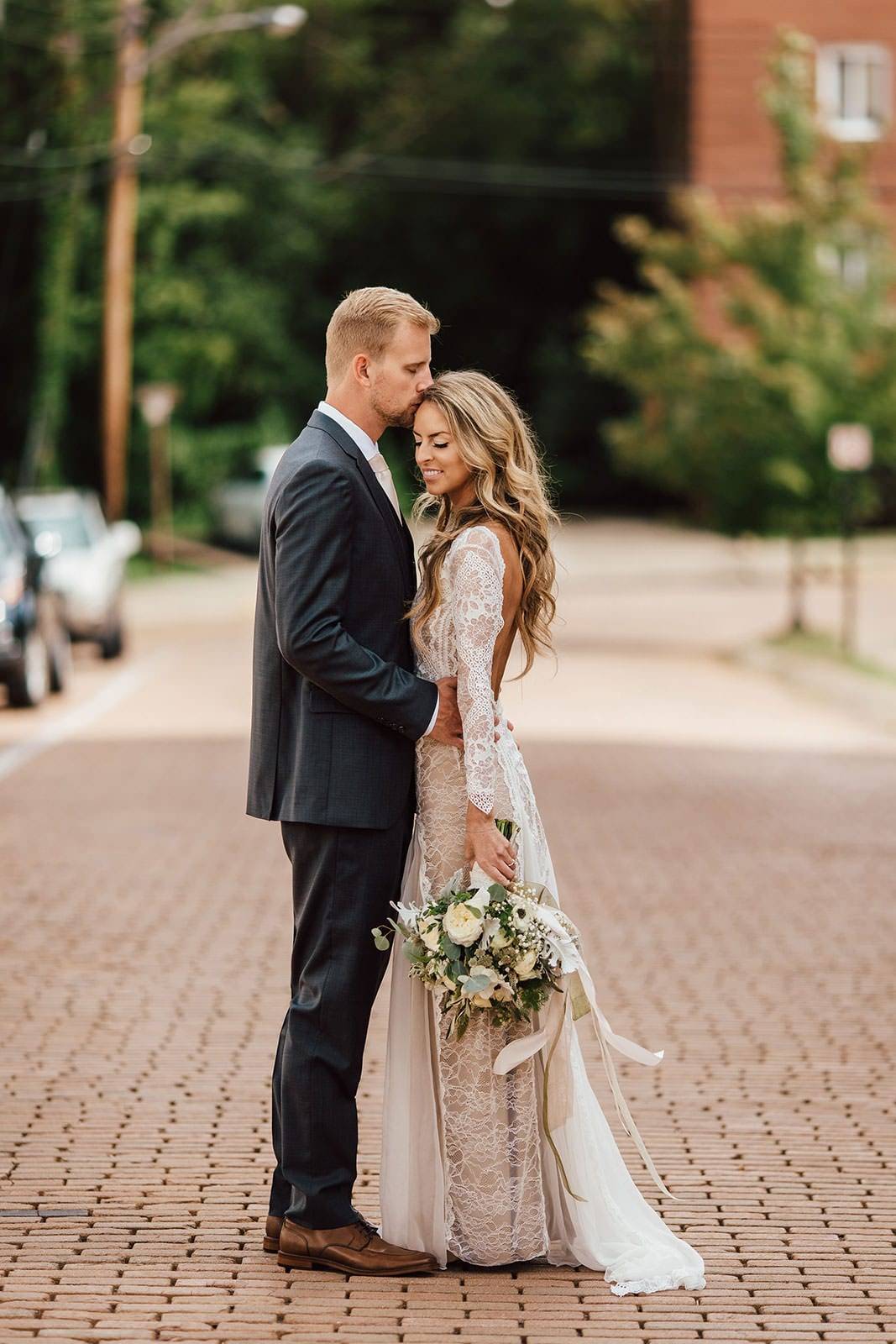 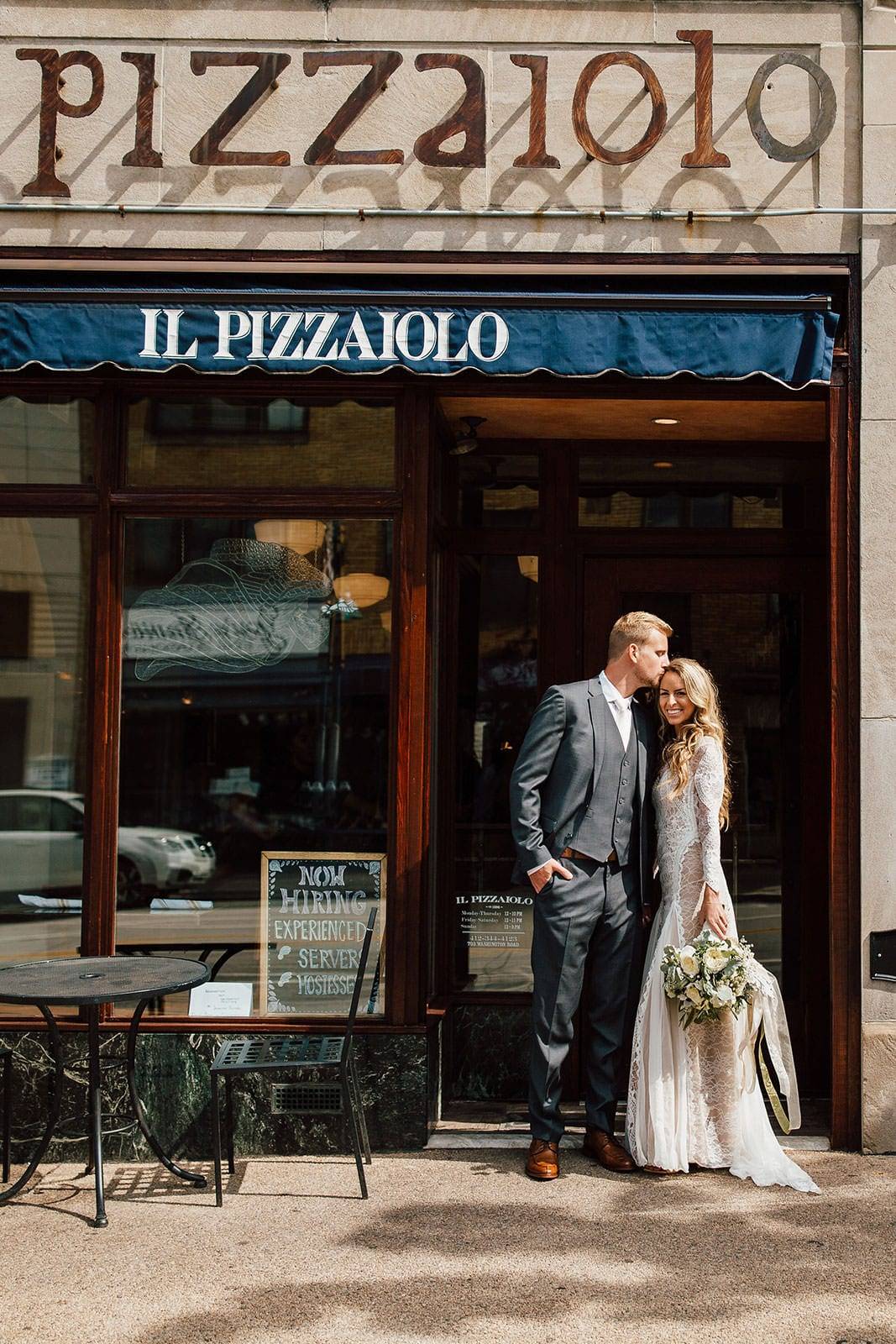 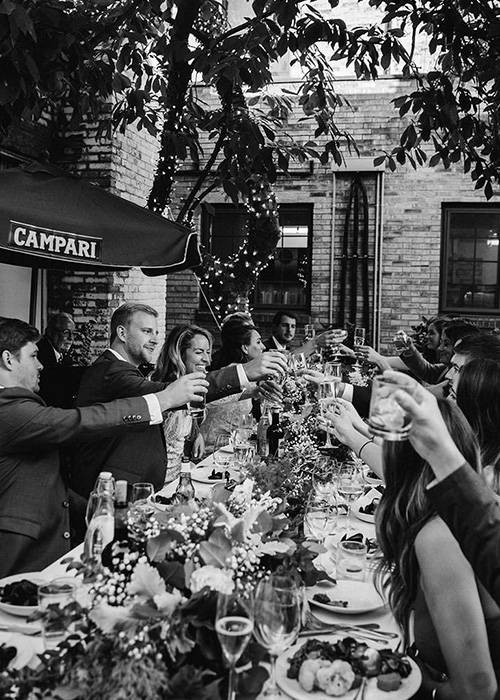 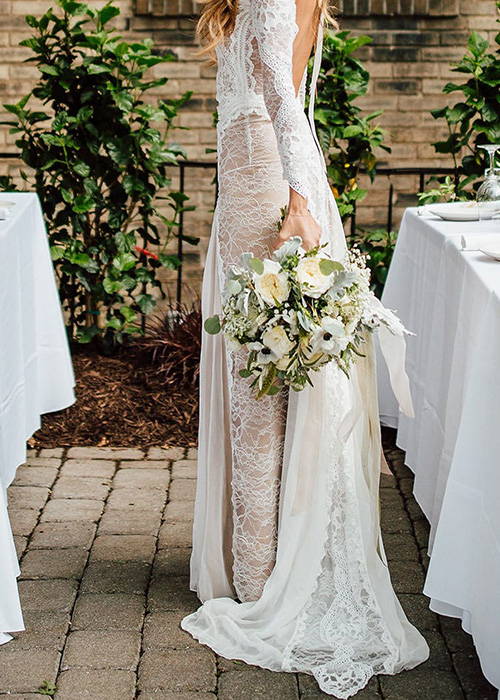 In an old mansion turned hotel and bar in front of my family. 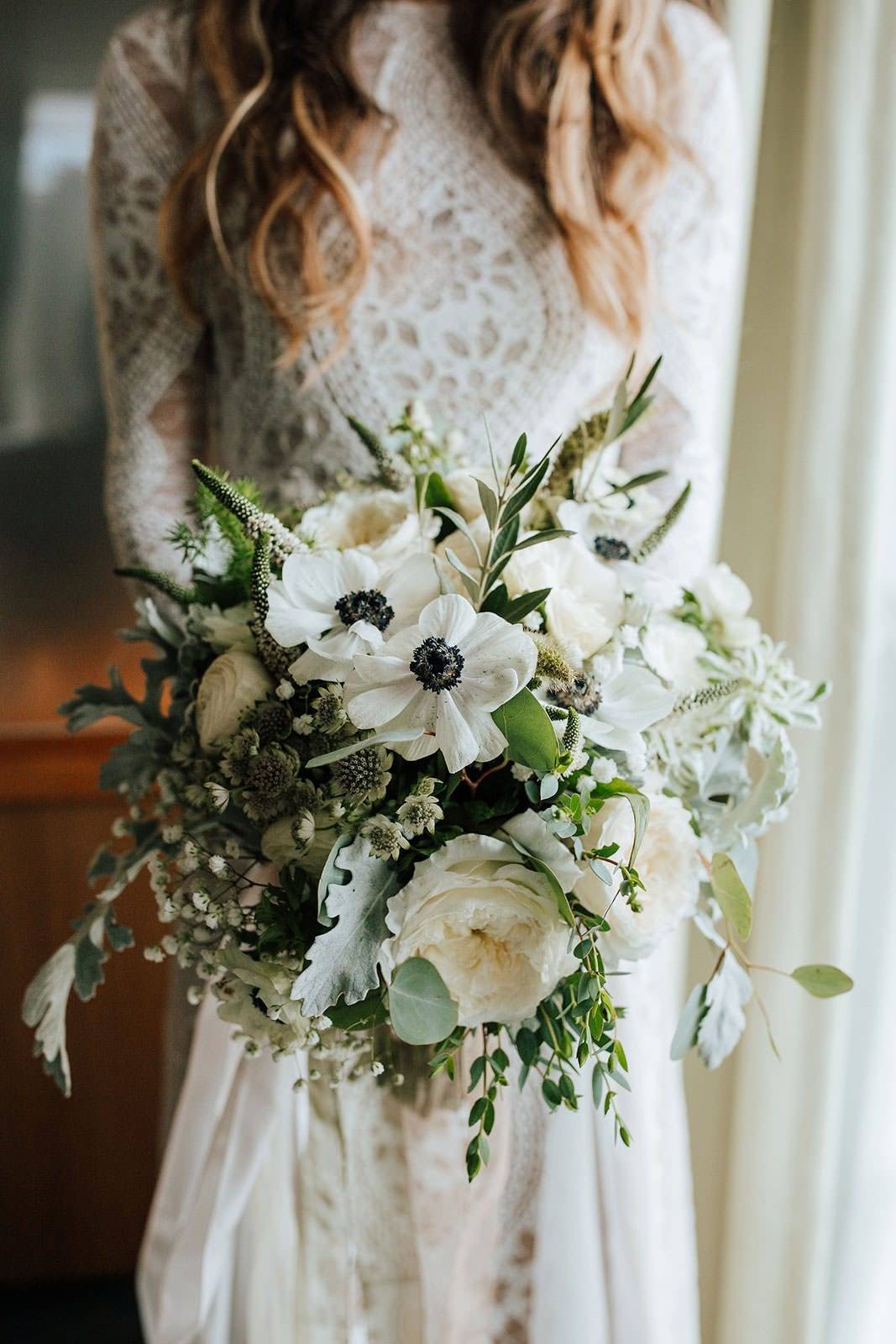 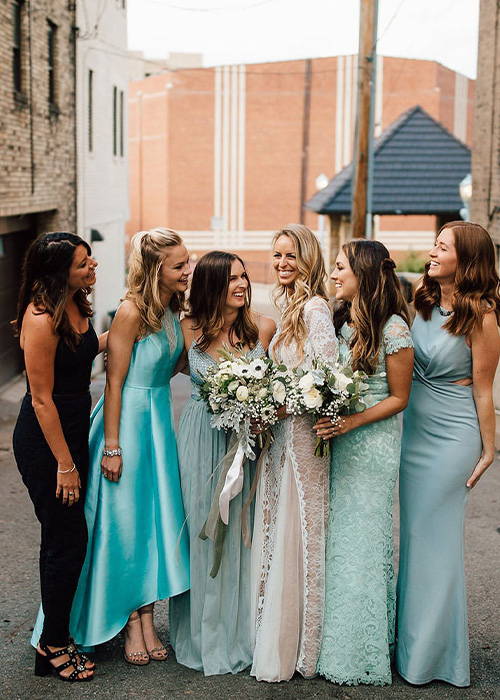 Trust that things will work out!